A Goat In White Van

I first discovered the work of John Darnielle via his band, The Mountain Goats; Specifically, their album Heretic Pride. That album combined a mix of literary and pulpy pop-cultural influences that immediately spoke to me, and suggested that John Darnielle and I were, if not kindred sprits, then at least drinking deeply from the same cultural wells. I spent the month after hearing this album trying to tell everyone I knew about this "new" band I had discovered, only to learn that 1) everyone had already heard of them, 2) their two upcoming shows in San Francisco were already sold out*, and 3) John Darnielle was so damn cool that he was in a video by one of my favorite hip hop artists... Damn, even Aesop Rock had already heard of John Darnielle and the Mountain Goats..

So when i discovered that John Darnielle had a novel coming out, I moved heaven and earth to get an advanced copy. Actually, I just asked the manager at the bookstore I work at to ask for a copy from the publishers sales rep, but that doesn't properly convey the level of anticipation, or frantic desire on my part, so lets just stick with "moved heaven and earth." I was finally going to be out in front of the John Darnielle cultural curve. Finally!

The galley of  Wolf in White Van has one of those designed covers that is positively blinding. I get what they are trying to do... but I don't think it does the book any favors. It's clever in a way that established best sellers can have clever covers, but IMO, this is not the cover you want on a debut novel. I hope I'm wrong in this regard, because this novel is brilliant, and deserves to find a very large group of readers.

The novel is a slow, stately reveal of a character, Sean Phillips who has suffered a horrible disfigurement.  As we move forward through the narrative, Darnielle reveals more and more of how and why the chacrater ended up the way he is. There is a complex flesh back structure combined with a meta-narrative of sorts that is related to a mysterious game called Trace Italian. This game, and various bits of the characters past emphasize yet again that Darnielle and I have been drinking the same cultural kool-aid for a some time.

The character, and settings spoke to me as painfully real, in ways that remind of of Junot Diaz's The Brief Wondrous Life of Oscar Wao.  I recognized the painfully awkward and lonely protagonists of Wolf in White Van, and the interior worlds they inhabit. I recognized the flat surfaces of the external wold they try to live in, and the tentative joy when those exterior worlds sometimes take on three dimensions.

There is nothing overwrought or purple about Darnielle's style, and nothing twee about his plots and characters. There is a simple intensity, and a playful reveal of details that engenders the feelings of a burgeoning romance and courtship. We the reader are slowly finding out more about Sean Phillips and the world he inhabits... and like many romances, there are no guarantees we are going to like Phillips when we finally learn all of his secrets, but the journey is memorable and exciting.

I was very impressed by the narrative's continuous parade of MacGuffins and solutions to the core mystery of the novel. There was an intensity to the novel's slow reveal that belied the skeletal plot. And the meta story telling embedded in the Trace Italian game expertly interwove and suggested relationships between character motivation and author intentionality, and served as a possible Rosetta Stone to some of the novels questions. The culmination and final reveal of the novel exploded with an emotional inensity equal to that of some of Darnielle's best songs.

This is a character driven novel, with a minimal plot. And as I suggested, the tension in the novel isn't about what is going to happen, but a slow reveal of what has happened, and why.  Frankly this is a tough type of narrative to pull off, but I think Darnielle manages it expertly. Given that the frisson of this work involves organically discovering the mysteries embedded in the character's life, I would urge readers to dive right in, and avoid reading summaries and plot descriptions. Its an amazing novel, and I hope Darnielle continues to prose writing. His earlier effort in meta-textual prose/rock criticisms, Master of Reality is on my to read pile, and I'm really looking forward to it.

Wolf in White Van comes out in hardcover in September of this year. 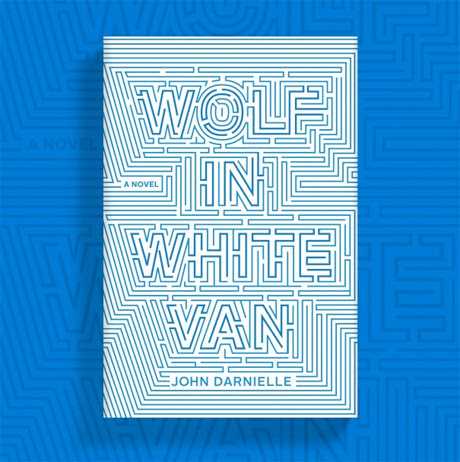 *Six months later, the Mountain Goats returned to San Francisco and played the Filmore. I got tickets the day they went on sale. The funny thing about this concert was that they played almost exclusively from Heretic Pride.  The audience kept calling out for songs from their extensive back catalog, and the Mountain Goats kept playing tracks from the new album... it felt like the show was just for me, because I didn't know any of the older material... but I knew every track on the new album by heart.
Posted by jlassen72 at 7:41 AM